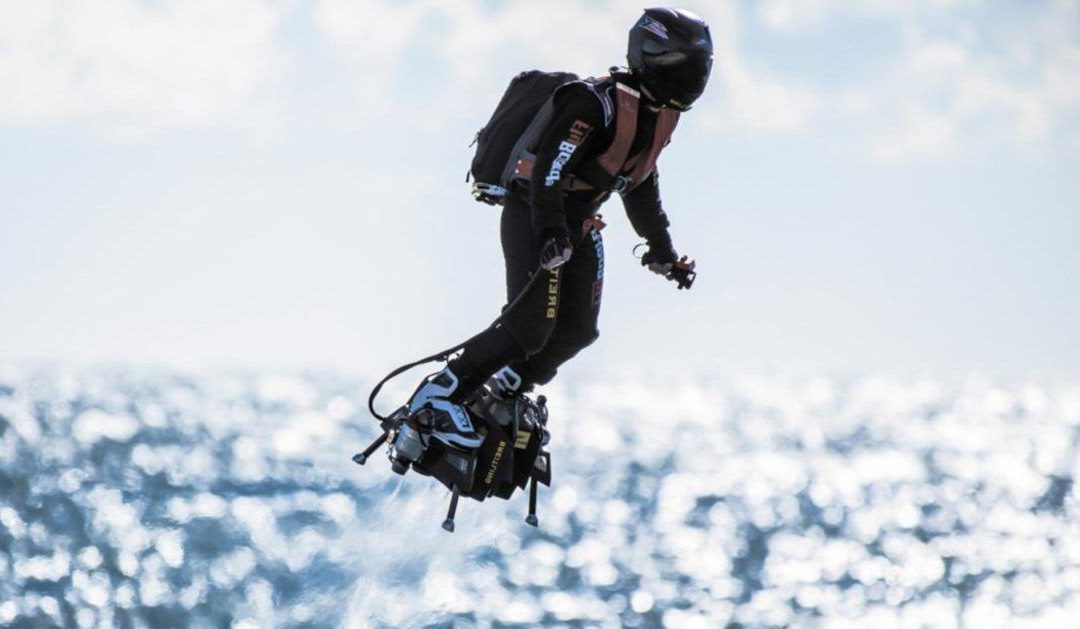 Ancient (propulsion) technology: the flight of the gods

“It’s a long story, maybe you don’t know it. Maybe neither the people of Dhi Qar not know it but the first airports that were built on planet Earth were built right here in Dhi Qar in the 5th millennium BC.” –  Kazem Finjan, Iraqi former transport Minister.

9. Peshat: The literal reading of the ancient sacred texts reveals a totally different story from the one handed down to us by tradition;
10. Ancient propulsion technology: The flying chariots of the gods;
11. Ancient alien technology: Heliodorus of Emesa and Homer describe the flying devices of the gods.

The more one investigates the ancient texts, the more one realizes that the translations do not add up. In fact, the key of it all it lies with the translations that have been made of those stories.
For reasons that we will analyze later, it should be known that from a certain point in history onwards the only interpretation that was made of the ancient myths was the spiritualist one.
What does it mean? It means that the ancient stories of our origins have been treated, and thus translated, as if they never really happened.

Separated by immense stretches of time from when these events happened, humans in the modern history believed that those myths were tales, nothing more than the fruit of human imagination, and easily dismissed them. It surely must have been hard for them to accept the idea of ancient astronauts landing on our planet in remote times.

Others had their own agenda and eager to impose their view for greater mass control, committed the greatest crime against humanity and heavily tweaked those stories polluting their true meaning.

Impossible stories? Inconvenient stories? Modern humans simply threw them all in the black box of Pandora and sealed the lid. They approached the translation of those stories using theological rather than phenomenological interpretative keys, forever distorting the real meaning of those ancient chronicles with forced, ridiculous, impossible or simply false translations.

To tell the truth, and we will deepen this theme in an upcoming article titled “The Great Deception”, there was more than naivety in the theological translations of ancient myths. Too often, in fact, ingenuity was accompanied by the deliberate will to hide the truth and to provide readers with a theological rather than a historical version of the events recounted to us by the ancients.

Translation after translation the reality of those ancient stories was transformed into pure fantasy, relegated to myth and sadly deprived of all the historical strength and concreteness that the true stories originally possessed.

The key is literal reading. Indeed, as we will soon see, if we are to approach those texts in a way completely devoid of any religious nor conditioning of any type, then those ”out of place” tales would tell a very different, real – and shocking – story.

And the approach to reading texts in the literal way is called Peshat, the “first of the four exegetical methods known together as Pardes”, a group of four traditional methods adopted by Jewish biblical exegesis. According to Wikipedia, Peshat is the “tendency to describe the meaning of the text apparent at face value, taking into account idiomatic expressions, and focusing mostly on literal interpretation“.

What follows is a short but rich list of ‘out of place’ stories that we will study and analyze in detail in our upcoming eXtraHumans journey.

10. Ancient (propulsion) technology: The flying chariots of the gods

The most striking element we found in the ancient out of place stories is undoubtedly the one concerning the so-called “flying chariots” of the gods.

Many ancient – sacred or otherwise – myths in fact, tell of “celestial” wars fought with “flying chariots”, which are NOT described as sweet buggies carried by fluffy angels as theology would have us believe but as actual flying combat vehicles. 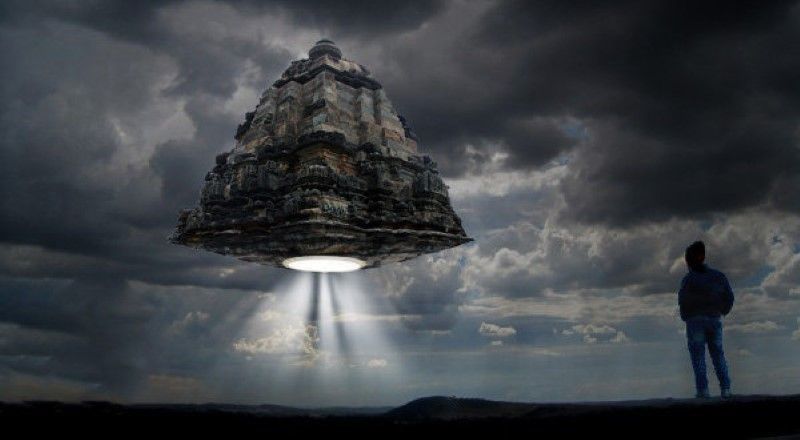 What one can find are boisterous flying machines equipped with weapons and sequential lights. These chronicles clearly speak of bombs, explosions, extraterrestrial pilots and powerful weapons capable of melting the bowels of the mountains. In this regard, the ancient sacred Vedic Literature and the ancient Sumerian Akkadian myths are perhaps the richest, clearest and most surprising of them all.

In Vedic stories, there are many descriptions of flying machines called Vimana. The Ṛigveda (ऋग्वेद)) is a long and complex work where such descriptions can be found.
Many of these works describe their use in warfare. Those vehicles were so well known to the ancient Indians that they found their place among the royal edicts of Emperor Asoka, written during his reign 256-237 BC.

Enrico Baccarini is a book author, documentarist, journalist, and profound connoisseur of the ancient Indian mysteries.
In his bestselling books: “Ratha, the vimana of the Indian gods in the South of India.” and “The Vimana and the Wars of the Gods.” explains:

“..With “Ratha” reference is made to the ‘flying chariots’ (generally with no wings) used by the gods only, while the term “Vimana” refers almost always to wings-equipped aircraft used by both, divinities but above all by mortal beings…”

“… the RigVeda (1500 BCE) tells of an aircraft that belonged to the Maruts, a flying machine capable of shaking houses, uprooting small plants and causing a strong wind when passing by. There are numerous texts in which these flying machines are mentioned, and in all cases the reference is to aircraft capable of flying in the sky, carrying passengers, conducting battles and making long journeys…”

How is it possible that a text officially dated 1500 BC (while being in reality much older) speaks of mighty flying machines? Of ancient (propulsion) technology?

We have two choices: close our eyes and ignore it, or become aware that history must be rewritten.

11. Ancient alien technology: The flight of the gods

Classical Greek literature left us a whole series of incredibly interesting ‘out of place’ stories about ancient (Greek) gods and their technologies.
It’s again Mauro Biglino who points out the two incredible testimonies that follow below.  The first is from Heliodorus of Emesa, an ancient Greek writer of the 3rd or 4th century AD, while the second one is from nothing less than Homer, the Greek poet author of the Iliad and the Odyssey, who lived eight centuries before Christ.

Heliodorus of Emesa  is mainly known as the author of a ten-book novel, the Aethiopica. Here’s what he tells us about the way the “gods” moved and how to recognize them:

“They can be recognized by the eyes, which always have a fixed gaze and immobile eyelids, but above all by their gait; which does not consist like ours, in the alternate movement of the feet; they seem to glide and fly rapidly through the air, cutting it with an irresistible movement and impetus instead of walking. Precisely for this reason the Egyptians make the statues of the gods with their feet together and almost fused together” 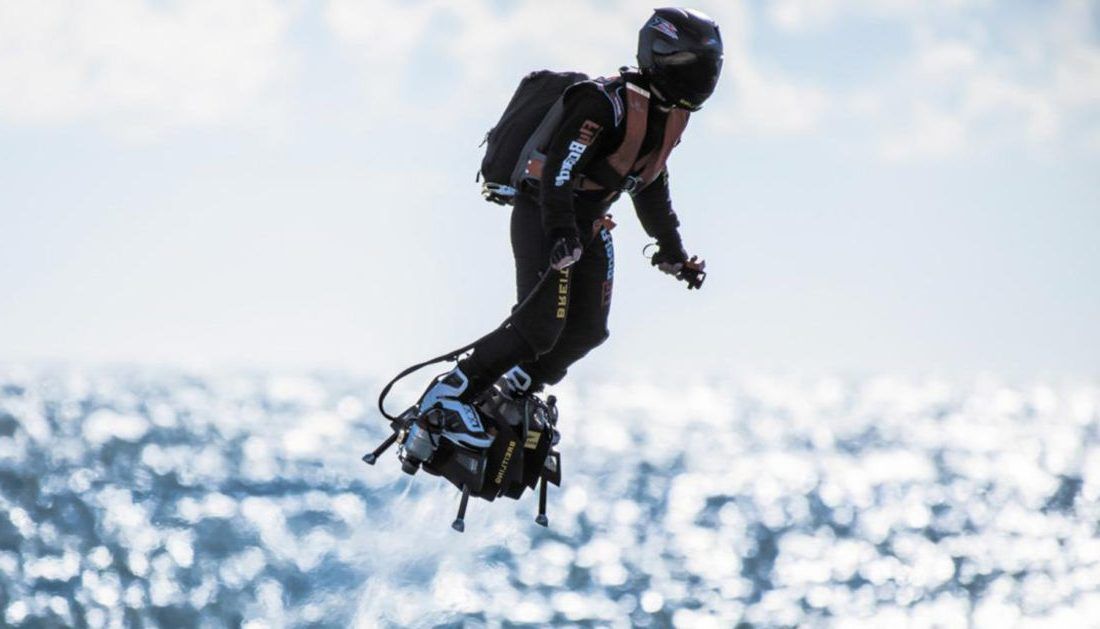 What could Heliodorus ever refer to? How come the gods “seem to glide and fly rapidly through the air, cutting it with an irresistible movement and impetus instead of walking?”

Incredibly, and to our utter dismay, the Heliodorus’ description seems to be confirmed by Homer who leaves us probably the most intriguing verses of all his work in his masterpiece “The Odyssey”. The descriptive force, beauty and elegance of the following lines leaves us overwhelmed and incredulous as we open our eyes and see what we could not see before.

In fact, in the fifth book of the Odyssey, it is told of Mercury, the famous messenger of the gods. Many remember him depicted with winged feet in old schoolbooks.

“The brave messenger obeyed. To the foot
He took hold of the beautiful, golden, immortal sandals,
Which carried him over the sea, and over the fields of
Infinite earth, fast as the wind. ”

What these “beautiful golden sandals” could ever be we cannot know, but the recollection tied to a certain form of advanced technology capable of making a man fly is as strong as spontaneous.

The same system was used by Hera and other so-called “divinities” as well.
For example, in book 14 of the Iliad, Hera, who is about to leave, uses the same system again:

“Finally, she tightened her beautiful sandals at her feet ..”
“... and with a leap she left from the peaks of Olympus.
she passed by the Pïeria, on the amiable Emàtia of the Thracians
who use to tame horses on snowy mountains: she flew
above the highest peaks, nor her feet touched the earth.
And down she fell, from the peaks of the Atos to the waving sea. ” 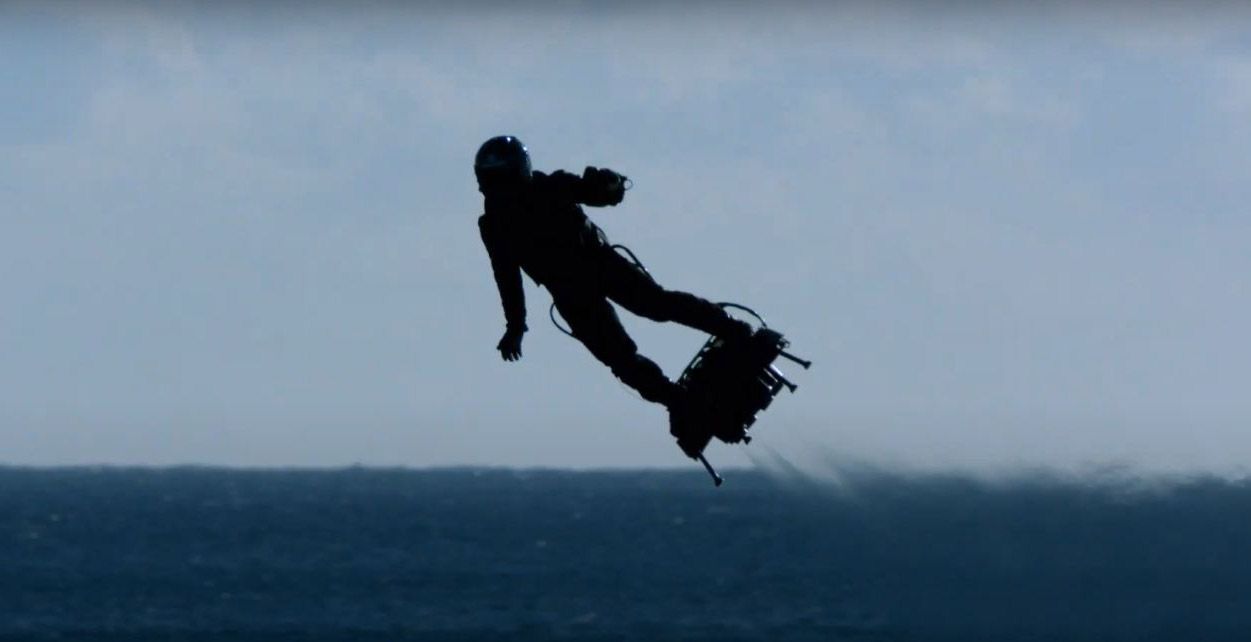 Finally, after meeting another ‘divinity’, the story concludes:

“… here they left the sea and went above the earth, under their feet they bent the tops of the woods.”

Perhaps the most emblematic verse of all is this latter. In fact, if ever someone still had doubts about the fact that we are faced with the description of some type of propulsion system, Homer specifies: “under their feet they bent the tops of the woods.” A detail of this type cannot be invented, and the only possible explanation is that whatever was the device that allowed the gods to fly, it certainly released some kind of very powerful propulsion exhaust downwards and this cannot be invented without knowing how the technology works or having seen it at least once.

Now, we can accept everything, but not the illogical. We cannot accept to be told that Homer invented winged feet individuals to recall the idea of some abstract and distant divinity and to do so accidentally imagined the effect of a propulsion system. Homer, who was a historian, is telling us a true story, he tells us about events many of which he probably witnessed firsthand and tells us about those events in verses, since it was the only way known and developed at the time to record historical chronicles.

The Homeric descriptions seem to clearly refer to some sort of device equipped with a propulsion system by which Mercury and other gods moved with their joint feet. Exactly as Heliodorus told us when saying that the gods “seem to glide and fly rapidly through the air, cutting it with an irresistible movement and impetus instead of walking”. Is Homer describing ancient (propulsion) technology?

In this regard, we cannot fail to reiterate once again the thought of Paul-Louis Courier, French Hellenist and political writer who said:

“Homeric poems should be deciphered in historical terms despite their fantastic appearance. Homer was a historian back in the days when stories were not used, neither was known how to tell them in prose. His verses would therefore correspond to the need to hand down a chronicle of facts that at the time could not be expressed in any other way … in short, we believe that we can rightly affirm that at this point the wide diaphragm between myth and history, subject to the necessary archaeological checks, it seems to have suddenly and considerably thinned.”

“We have lost the opportunity to know, and for too long we have been obliged to believe.” – Erich von Däniken

What you can expect from the next section: An alternative approach to how societies have evolved may justify antediluvian civilizations: did they really exist?