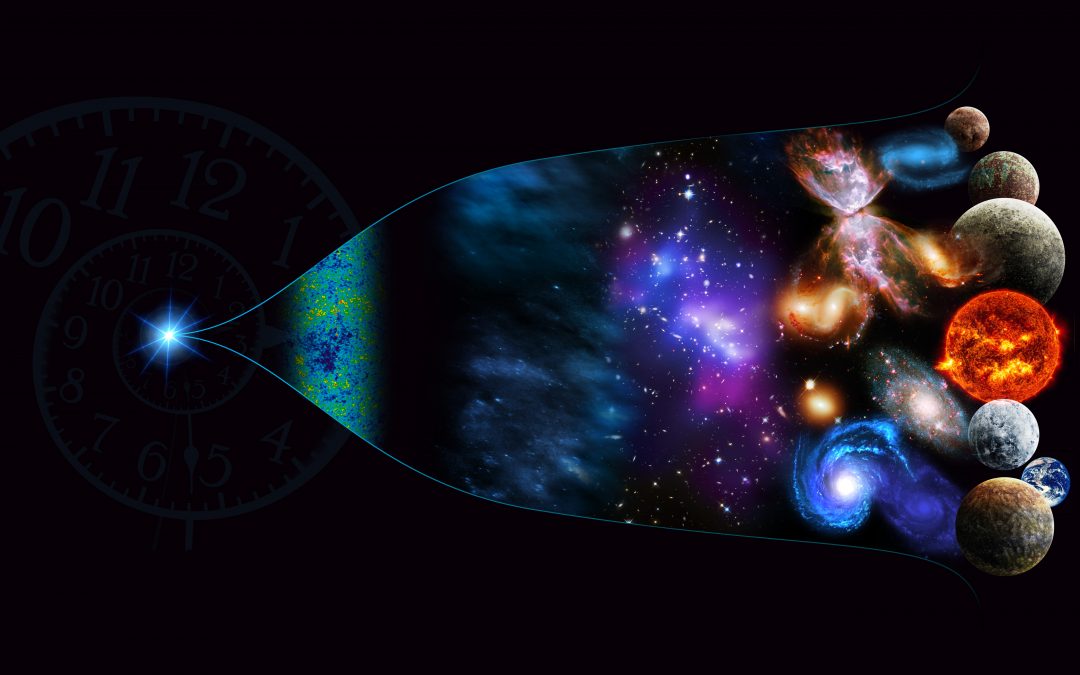 News in physics and space exploration point to a crowded multiverse

1. The mysteries of the cosmos

Few activities are as inspirational as stargazing. Cradled and uplifted by the absence of light pollution, one loses oneself in feasting on countless captivating twinkles. Single stars – “which one is the brightest?” – Constellations – “Do you see Ursa Major there?” – Elon Musk’s satellites and Unidentified Flying Objects (UFOs) typically put us humans in a dreamy state, a state of wonder and potentially of shock. Yes, now that UFOs are being sighted by the US Airforce and being studied by the German University of Würzburg as part of their Faculty of Science and Mathematics, UFOs sightings can no longer be ignored or ridiculed. 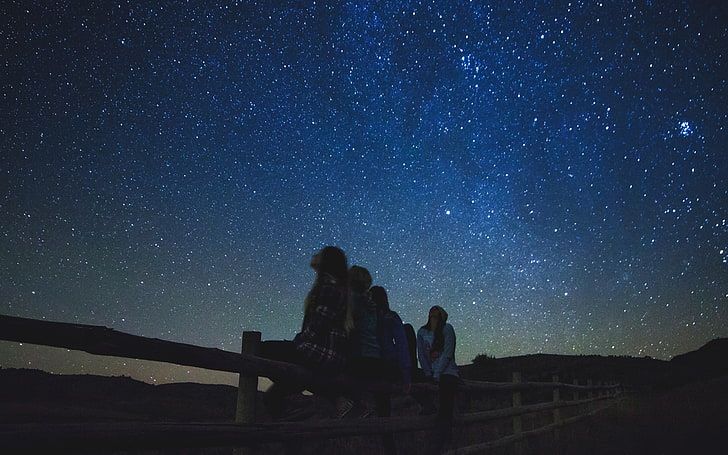 Stargazing often inspires another sensation: a feeling of awe for everything that the night sky contains: for all of it, for how little it makes us feel and for the unfathomable dimensions of our universe.

The vastness of the universe is beyond our comprehension, in fact there is only so much of it that we can observe. Understanding the size of the universe in itself is relatively of minor interest to most of us, unless you are a theoretical scientist: 5, 10 or 20 more or less zeros are not truly going to change our way of living. Spoiler alert, the radius of the visible universe is estimated being 93 billion light years, or 1026 metres – source.

However, since the universe is our ultimate habitat, really comprehending its size – we are not talking about zeroes after a 1 – its structure and its inner (or better said, outer) workings may prove instrumental in discovering our role in it, the meaning of everything including life and where and what type of intelligent beings beyond humans exist out there. Universe and aliens are tightly intertwined: the more we find out about one, the more we learn about the other.

In previous articles we have looked at some of the most prominent and recent UFOs and UAPs by the US Airforce and from their “propulsion system” 10 times more powerful than our most advanced aircraft and requiring 10 times the nuclear power of the United States we inferred that the laws of physics we know are not representative of the limits imposed by the universe.

In other words, our laws of Physics are somewhat faulty and surely limited. These encounters with what appear to be alien crafts will likely boost our scientific knowledge following research and studies already being undertaken as mentioned in the first paragraph above. Ultimately, the outcomes of those studies may prove helpful to allow humans to become an interplanetary species and colonise a larger (still microscopic) portion of the universe.

In this article we will tackle the universe-alien equation from the opposite angle. We will attempt to make sense of the frame that incorporates our reality as a whole – our cosmos – in order to paint a picture as clear as possible on eXtraterrestrial intelligent populations that we are so adamant to connect with (should we be so eager?). We will see how new information point us to the reasonable affirmation that we live in a crowded multiverse. 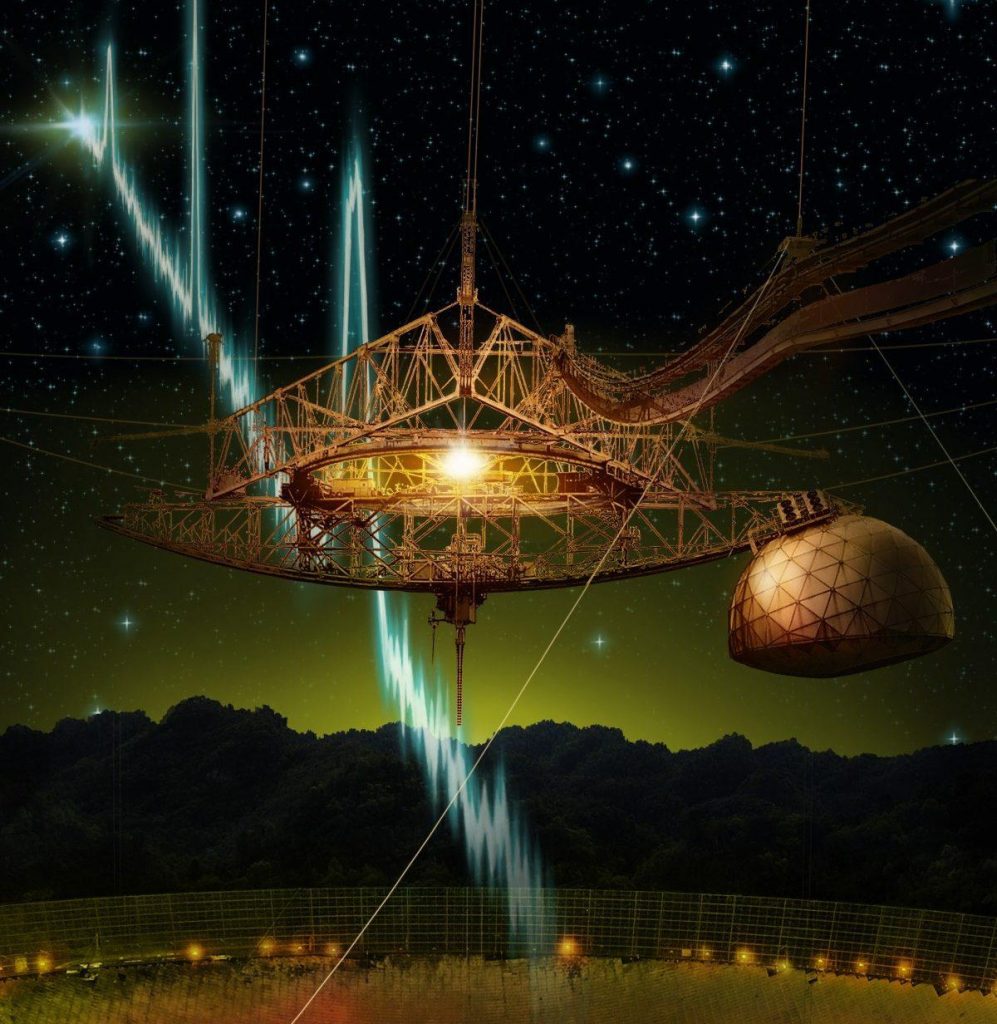 2. The new model of the universe

To begin with, we will look at what theoretical physics say about the universe. Introducing Neil Turok, Director Emeritus of the Perimeter Institute, a Canadian research organization dedicated to theoretical physics with the vision to “foster breakthroughs that will transform our future, while sharing the power of science with the world” – source. With an illustrious background as Professor of Physics at Princeton University and Chair of Mathematical Physics at the University of Cambridge, Neil Turok is specialized in the field of cosmology.

In a condensed and illuminating speech of scientific reporting in 2016, Neil Turok elaborates on our knowledge on the universe as a species. While some points have to be reviewed upon the discovery of newer findings, we find his macro description of the universe clear and powerful enough to provide us with key insights to better understand what we live in and how it works. In fact he opens his speech with the following statement:

“[…] I hope to share with you some of the most amazing discoveries we have made recently about the universe and the fact that they are pointing us in new directions for our understanding of the universe which is extremely exciting”.

The discoveries mentioned by Professor Turok are represented by five main themes:

Succinctly put, Neil Turok declares that the size of humans are right in the middle between the size of the incredibly small and the size of the spectacularly large. He states that the universe can be described in a surprisingly simple way. Finally, he adds that everything is a wave and waves are still surrounded by mysteries.

What are the implications of these findings? The universe turns out to be an even more vast and grandiose frame for the existence of everything we know. It expands in directions, in layers, in density more than we imagined. The logical conclusion is that from universe it converts into a multiverse and that the likelihood of intelligent alien life is sky high. Hence the title: we live in a crowded multiverse.

These are bold statements and luckily we have an emeritus professor to lay the foundations, process consequences and advance the theories we formulate here. Let us then tackle each of his main pillars separately, analyze some details released by Neil Turok and hear what most points mean to us.

3. Size of the universe

The size of the universe falls within this bucket and this happens to be the only correction we need to make to Professor Turok. Far from a criticism to his expertise, the reason for the correction relates to new findings reaching us in October 2016, few months after his talk.

Data available to Neil Turok at the time indicated the existence of 100 billion galaxies, each containing 100 billion stars, leading to a simple, yet staggering outcome of 10 billion trillion stars existing in the universe. This data is intoxicating to the average human mind. Still, a correction upward was apparently due. 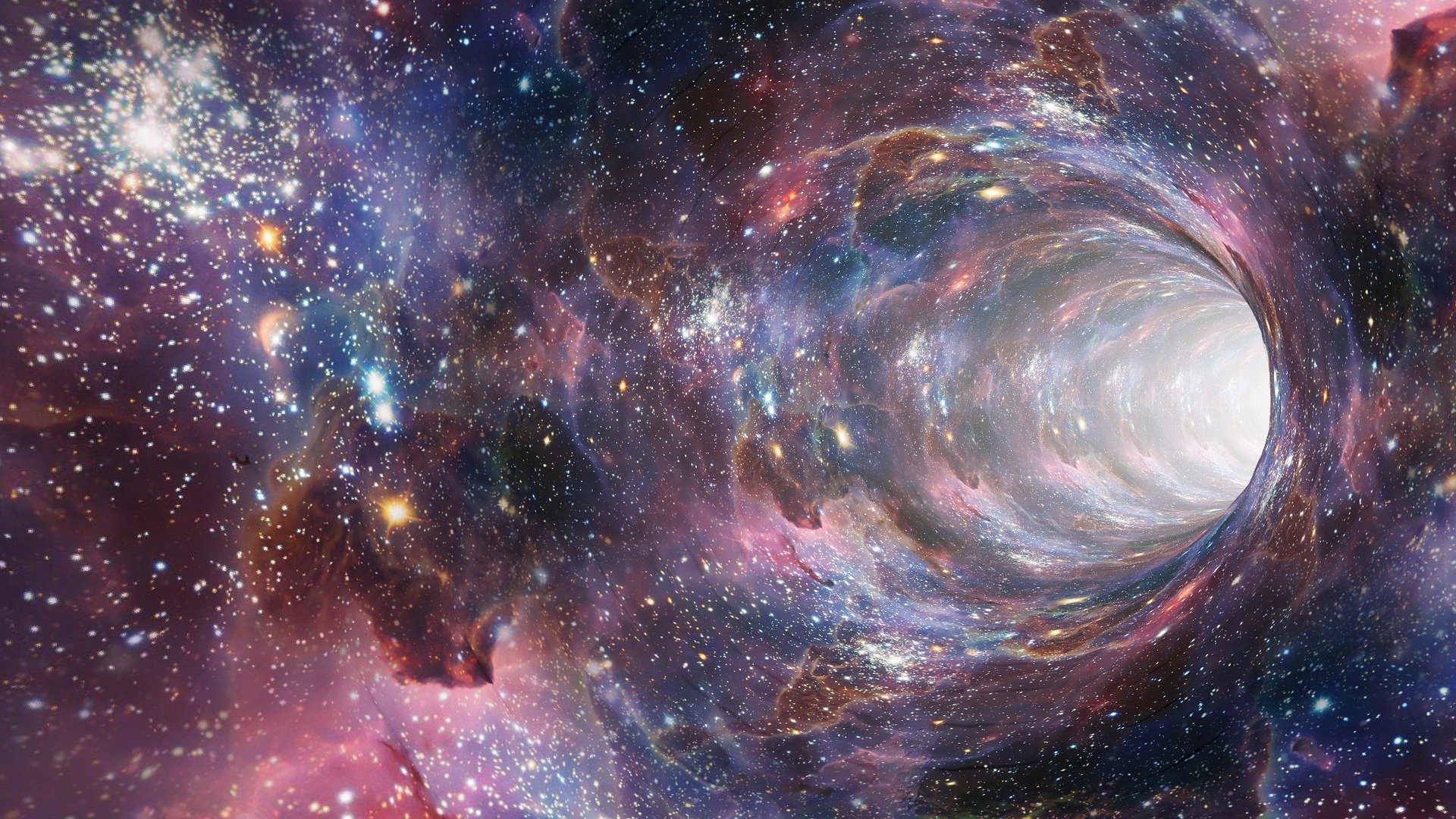 Deep-field images from the Hubble Space Telescope suggest that the universe has 20 times the number of galaxies than what was previously thought by conservative scientists like Neil Turok: 2 trillion galaxies while others like David Kornreich, an assistant professor at Ithaca College in New York State, do not hold back and indicate the likely existence of 10 trillion galaxies, each containing 100 billion stars – all scientists agree on this estimate.

We admit it must not be easy to make such calculations, given the vastness of the universe and the speed at which it expands, which brings us to the next chapter.

But before moving on, can we just agree that unbelievably high numbers of galaxies and stars turn the notion of “we are alone in the universe” utterly impossible? We sustain quite the opposite: we quietly located in an unassuming neighbourhood of a crowded multiverse.

4. eXpansion rate of the universe

Empty space is full of dark energy, a force responsible for accelerating the expansion of the universe. Every galaxy will eventually accelerate away from us at greater speed than the speed of light. Specifically, far away galaxies move away from us at a rate up to twice the speed of light. What lays beyond them? We have no way of knowing, again due to the omnipresent dark energy.

We are therefore currently being shot through space at breakneck speed inside an environment – the universe – whose volume and density we can hardly calculate and grasp. We are comparable to a speck of nothingness inside a symbolic frying pan that is getting stirred. And we dare to assume no other intelligent beings exist out there? 5. Proportions in the universe

The scale defined by dark energy limits the regions of the universe we are able to see, at least until new technologies are being invented or until new information will be shared following an encounter with advanced aliens. The largest scale is 1025 metres, meaning that the observable universe is 93 billion light-years large and it expands in 1025 metres in each direction.

At the opposite side of the spectrum we have the Plank scale. The Plank scale is the smallest quantity we can measure and detect. Neil Turok adds further relevance to this tiny scale. He said “Imagine we follow a light wave through this plasma, the smaller it gets, the more energetic it turns. The plank scale is when two light waves encountering each other have enough energy to collapse and would then form a black hole and disappear”. In other words, The Planck scale sets the universe’s minimum limit, beyond which the laws of physics break. This scale is 10-35 and at this level we can’t see nor talk about space.

Where are we as humans? The size of a living cell is 10-5 , halfway between the two extremities. Professor Turok is clear about it: “Mathematically speaking it is a geometric mean, we live in the middle”.

This is an incredibly remarkable find. If we are right in the middle, could the extremities be all there is or does life continue in either direction? We believe that the two extremes are fictional limits and we are part of an infinite universe continuing in both directions. Beyond the Plank we imagine entire universes contained in these microscopic dimensions and beyond our observable universe we imagine being contained in trivial objects such a ball, a lamp, a flame. The amount of beings living in this infinite thread of universes, with some of them able to travel through the different levels like the Microverse and Miniverse of Rick & Morty or the multiverse in Doctor Strange (“Do you think this material universe is all there is?”).

If our own universe is already so large and able to host so many different intelligent beings that we are hardly able to fathom, what would it mean if our universe were just one of an infinite number? Try to find some space for yourself, the multiverse may be pretty crowded. 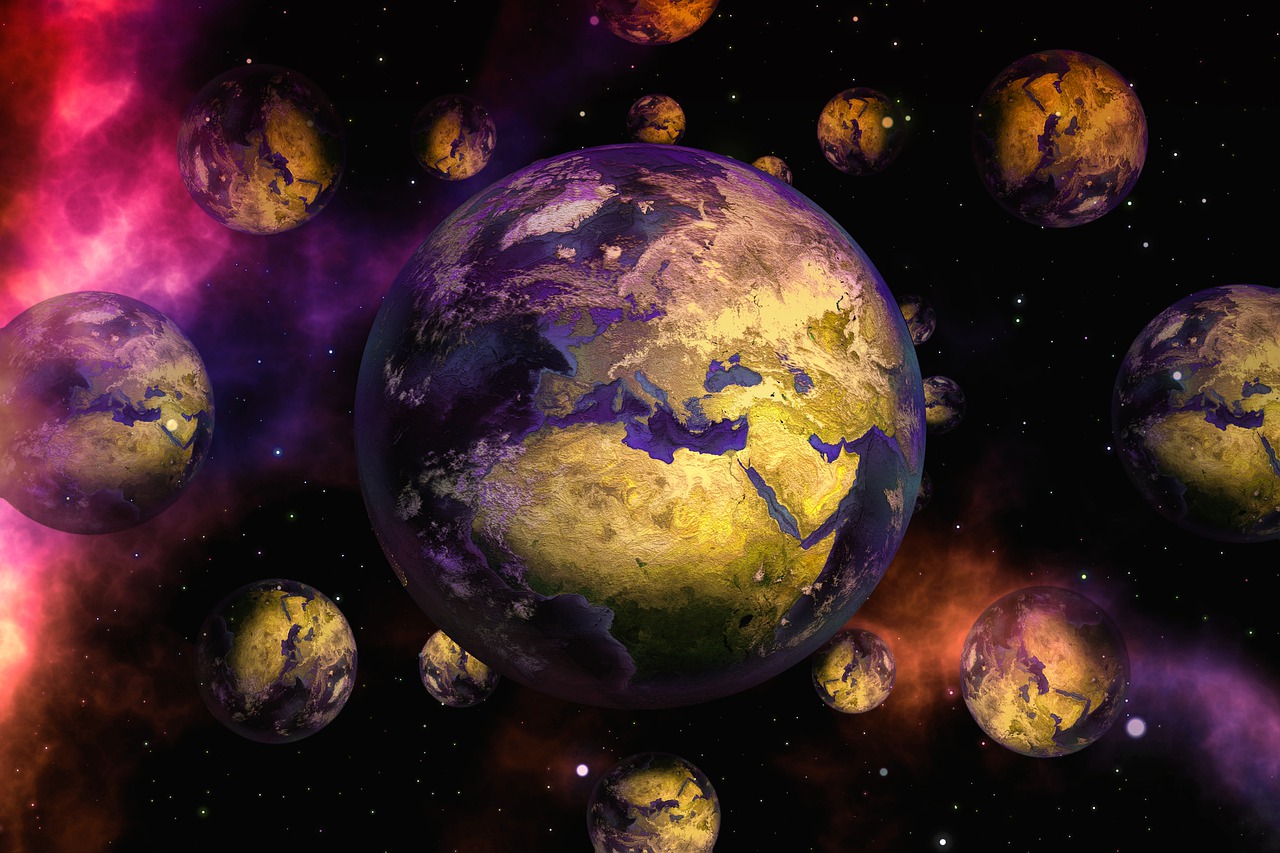 In short, we embrace the concept of “As above, so below” and we believe that one element in our universe is giving away that clue: the fractal, which uncoincidentally happens to be the symbolic element portrayed several times in the scenes connecting the various universes in the Doctor Strange scene hyperlinked above.

We will study the fractals in depth in upcoming articles. For now, the second and last part of this article that will be published next week will strengthen this theory already.

“The multiverse isn’t just parallel universes accessible thorough science. They are in each of us, a kaleidoscope made of varying perceptions.” – Micaiah Johnson, The Space Between Worlds

What you can expect from the next and final section: Further insights by Neil Turok – included in the remaining 2 main themes “simplicity of the universe” and “The ubiquity of waves” – are tightly connected to revolutionary new theories of the multiverse and its holographic nature.